Yesterday, how much interest exists for Polaris/Lorna Dane on Twitter came into question. Well, I’ve been compiling tweets about Lorna for several months now. I’ve saved screenshots of over 200 tweets in that time. I’m sifting through and making use of some of them.

This post serves one purpose: to show those tweets I’ve found that demonstrate a strong desire that people have to see more of Polaris.

No commentary from me. Just a couple introductory “rules” and disclaimers to what I’m presenting.

No tweets about Gifted.

Will attempt to not use the same person more than once – can’t guarantee I won’t slip up.

For the top 10 lists, I opted not to save all the tweets including her cause I thought that would be annoyingly and unnecessarily repetitive.

With that, here we go. 72 tweets on this post. Broken down by category.

Examples of Her Value

I think I’ve seen enough to confirm that Marvel is blacklisting anything having to do with Polaris/Lorna Dane.

Obviously, there’s the fact they have nothing planned for her. It’s her 50th anniversary, there’s a TV show where its idea of her is the most popular character out of all of them. There is no reason for them not to use her.

There’s also this tweet by Gail Simone which to me, gives away that Marvel is shooting down anything having to do with Lorna.

How would a Polaris book be a “hard sell” unless people higher up at Marvel are getting in the way?

But here’s what I consider the final piece of evidence: as they’re reprinting Uncanny X-Men in the 00s, they’re deliberately skipping over the most important issues for her.

In February, they’re reprinting Uncanny X-Men up to #424. This is right before Lorna’s wedding issues.

In December this year, they’re reprinting Uncanny X-Men starting at #444. This is right after her best issues in the entire run.

There’s only one possible reason to have no plans for Lorna, to skip over her essential issues of a run, and for a writer to think it’s not possible to convince Marvel to accept a solo book pitch for her: Marvel has Lorna blacklisted.

And if she reappears as “Havok’s girlfriend” or some bullshit like that, I’m still right. Because that will mean they’ve blacklisted Lorna the actual character. Using Lorna only as a way to promote Havok is not using Lorna. It’s using a plot device with the name and visual appearance of Lorna.

Polaris flying a Polaris to Polaris.

That is all. Thank you for coming to my TED talk.

Marvel: We can’t give Polaris anything on her 50th anniversary while she’s popular on TV.

Also Marvel: Here’s a miniseries about a dog from a show that failed hard.

Something to keep in mind about Marvel.

On her 50th anniversary?

When her name and a general idea of her are becoming popular due to TV?

Somehow, Marvel can’t be assed to do it. They’re able to do all these things for all these other characters, but for Lorna, all they can do is have her as a plot device to promote Havok on Blue and then throw her into limbo again.

That is the depth of disrespect Marvel has for Lorna and any interest in her. No amount of interest or buzz for her will ever be good enough for these people, because they think of her as a nobody character that doesn’t deserve respect.

This was going to be about Polaris tweets, but the first tweet I had to highlight generated so much text from me that I’m making it its own post.

I need to talk about this because Gail thinking Lorna would be a hard sell underscores heavy bias against Lorna at @marvelentertainment​.

To repeat: I said bias from Marvel, not bias from Gail Simone. What she said here says nothing about her views on Lorna. Do not “go after” or complain about her for providing insight into what she has to take into account when working with a company as biased as Marvel.

Lorna is a character who has never received even one solo, miniseries, one-shot or dedicated origins book. This is while so many other characters – including ones only the most hardcore of hardcore readers have ever heard of – have received solos.

Blink got her own solo series. Firestar got not one, but two solo volumes. Strong Guy. Layla Miller. Shatterstar. Longshot long before Deadpool 2. Chamber, a character I literally never heard of until I put together one of these lists, had his own 4-issue miniseries in 2002.

Marvel’s able to make solos and one-shots for all of these characters, but not for Polaris? Somehow, giving Lorna a single series is a hard sell at Marvel?

It’s even worse when you consider the full context. The live-action version of Lorna is the most popular character on Gifted. This year is the 50th anniversary of her creation. She’s the second female X-Men member. If you check social media, you see tons and tons more people requesting or demanding that Lorna get to lead a team, or get to have a solo book, or so many other things.

Polaris is not only at the height of her popularity, she’s not only jumped over every hurdle these other characters that got series had to jump, she’s exceeded the qualifications.

If Lorna isn’t able to get a solo under these conditions, conditions that no other character that got a solo had to have to get theirs, then what the hell is it going to take? Does the idea of her have to end world hunger first? Does the U.S. government have to declare the day of her creation National Polaris Day? Would that be enough for Marvel to give her a solo book?

Or is no amount of popularity or demand in need of supply ever going to be good enough for this company? 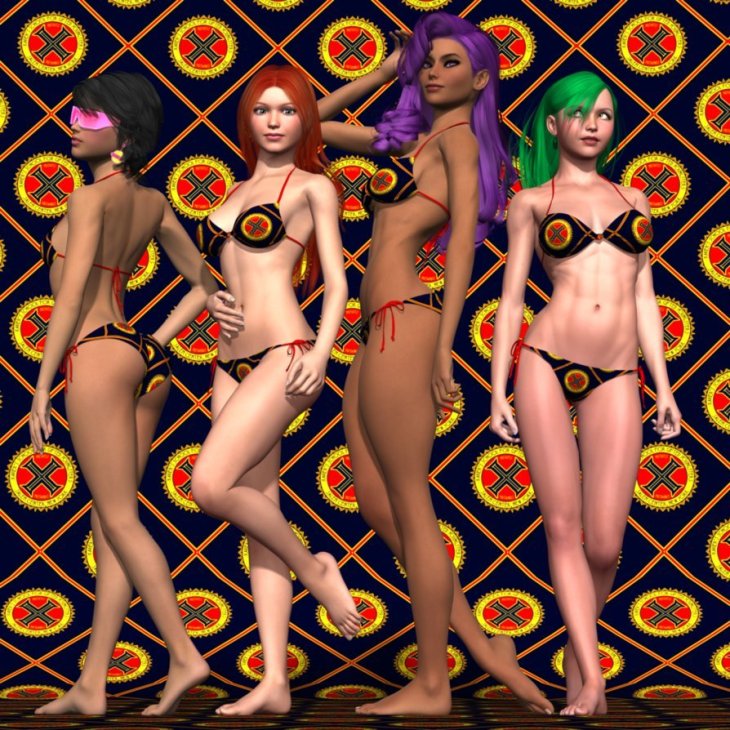 Someone pointed out to me that volume 6 of the trade paperback for X-Men Blue is collecting only Blue #35 and #36, with speculation that the book ends with #36.

Blue’s release schedule is two issues per month. Having looked at that schedule, #36 would be the second issue of September – meaning it ends right before Lorna’s 50th anniversary in October.

Current, jaded, pessimistic me – which has been right more often than old optimistic me – expects otherwise. I remember when Pietro was deliberately left off covers of All-New X-Factor while Days of Future Past was in theaters. I remember Brevoort trying to “replace” Lorna in Wanda and Pietro’s lives, first with Enchantress during Axis, then with “Luminous” on Uncanny Avengers.

Jaded me expects that if Blue ends at #36 in September, it’s to keep Lorna out of the comics on the exact month of her anniversary.

Because jaded me has been right more often than optimistic me, I’m deferring to jaded me again. I’ll have to wait until there’s more to go on before a firm conclusion can be made, though. Hopefully we get good news in/about October.

Edit: Though if jaded me’s view is correct, it would also mean Lorna wasn’t killed off in Blue #28/29, which is what I’ve been expecting will happen to her. So, positive note.

here all the artists to be featured in giant-size zine! 77 artists were chosen and they’re all bomb as hell! check out their tumblrs/ other social media!

Just found out about this cool fan-made zine this afternoon! It’s artists drawing their favorite mutants.

Preorders start April 10, info will be available on the page or on its FAQ when preorders are open, and any money beyond printing/shipping costs will go to an LGBTQ organization called LOFT.

And yes, there will be a piece of Lorna; I found out cause the artist highlighted it on Twitter. But good cause even without that factor!