Here it is! The Polaris 50th anniversary minicomic in its entirety. Art commissioned from Mlad.

Costume for the final page was based off a costume concept drawn by Kris Anka, modified in ways I wanted that I felt would be better for her.

Happy St. Patrick’s Day! This was commissioned from j-likes-to-draw.

As you can see, the artist’s style is more realistic. She tried putting the headpieces on their heads but it didn’t look right. I was concerned it might not be obvious it’s Jean with it, so we went with putting them on the counter.

I considered Lorna and Wanda, or Lorna and Wanda and Jean, but ultimately I felt Wanda couldn’t really fit with my goal of working with the green and how long these two characters have known each other (since 1968!). 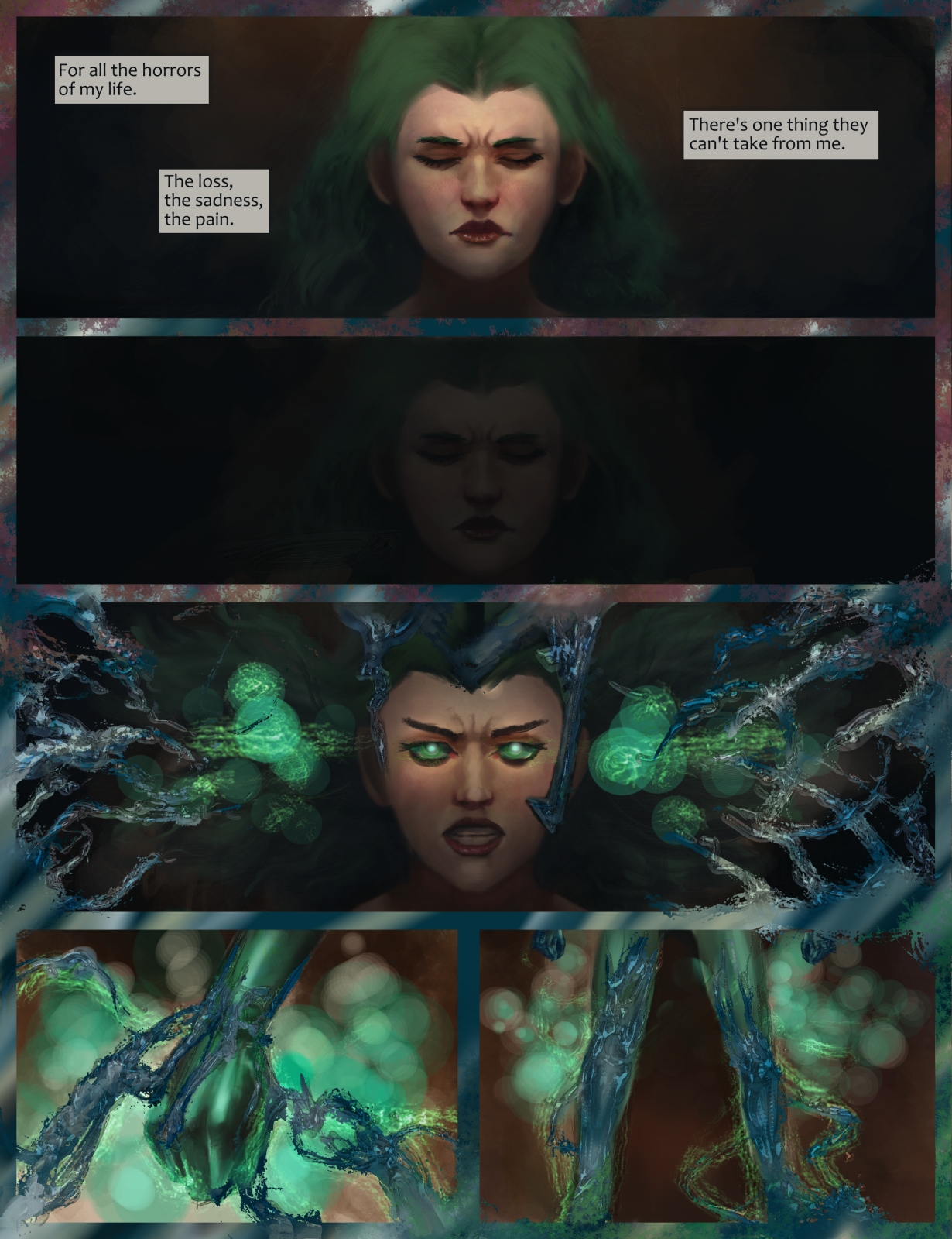 Latest page in the Polaris 50th anniversary minicomic being made with Mlad. There’s one more page left. Everything up to this point can be found here: https://imgur.com/a/CaRhCOv . When the final page is in, I will be making a post with all of the pages included.

Page 1 of the Polaris minicomic I have commissioned with Mlad!

I’m pleased to finally present the big project I’ve been dying to reveal: the cover for a Polaris 50th anniversary minicomic!

I’ve commissioned Mlad for what will be multiple pages of what I think captures her history and core nature. The minicomic will be released as each page is completed over the course of the next several months.

I hope you all enjoy this and what’s to come as much as I have and will!

It’s the 50th anniversary of Polaris aka Lorna Dane. To celebrate, I’m posting the SFW art I’ve commissioned since 2009. Some will be familiar to regulars cause I’ve posted it already. Some will seem new because it’s older, likely before I even had a Tumblr account.

I commissioned decoysnake on this one for Lorna’s 50th anniversary. It’s loosely based on the Kris Anka concept art of a more modernized costume that still retains her core look. I increasingly realize the beauty of this piece each time I look at it, like that uniform crease on her leg.

This is with boxofwant. In retrospect, I think my mind was too bogged down in Gifted’s idea of Lorna to realize that this doesn’t really fit her character as she really is outside that version of her. Still great work obviously! Love the swirl of her hair.

RenX has a series on various female characters punkified, and I commissioned him for that with Lorna and Wanda, also as part of the 50th anniversary. It’s cut off on the left because too much skin is showing for me to consider it SFW. His picks and art of the tattoos are what I enjoy most, very character-centric. What you can’t see in this version is Wanda’s kids’ names on Wanda’s ankles.

I commissioned Dwight Sanchez in 2015 during a $25 flash sale for this piece.

This one comes from InCaseArt (NSFW blog) from 2011. There’s a NSFW variant where Lorna uses her powers to make her costume. I wish at the time that I’d considered having that touch for a SFW version too.

If you’ve looked at my actual Tumblr page, you’ve seen this one. It’s on my background. soaps is a great artist I’ve known since before I discovered Lorna, and commissioned Rosa from FF4 pieces back then.

In this case, the commission is a result of how All-New X-Factor #14 (where Lorna and Wanda got to interact as sisters) was coming up but @marvelentertainment refused to do anything to promote or support it. Since Marvel wasn’t going to do anything, I wanted to commission something to spread the word.

I still love how this turned out. Captures the fun mood well. I remember when it was first posted that a couple cosplayers said they wanted to reenact this scene. I wonder if it ever actually happened.

Our last stop on art I’ve personally commissioned is right here with MikazukiShigure from 2012.

At the time, Avengers vs X-Men was going on but Marvel was deliberately excluding Lorna from taking meaningful part in the event – despite the fact that the family dynamics were part of the story. The idea behind this art was for a mock-up cover of an AvX issue that should’ve happened but never did, where Lorna and Wanda face off.

My thought was Lorna going after Wanda because of all the pain Wanda unknowingly caused by getting depowered on M-Day. Headcanon, they’d fight but during the fight eventually come to an understanding before either of them could “win.” Then from there, have a much better relationship as sisters.

There’s one more piece here that I did NOT commission.

An online pal commissioned this from DarkShadowArtworks as a gift, in 2014. The “title” up top has generating some good discussion before of what a title font for a solo book for her might look like.

That’s all! This is what I’ve commissioned (or for the final piece, was gifted via commission) that’s SFW up to now. There’s still more to come.

In case anyone either forgot or never even knew, this month we’re in right now is the 50th anniversary of Polaris/Lorna Dane!

She was created in 1968. The main sources I find say her introductory issue, X-Men #49, was released in October.

If you’re thinking of doing something for Lorna, this is absolutely the month to do it. 💚

I do have something on the way, but various complications mean it’s going to take longer than originally planned.