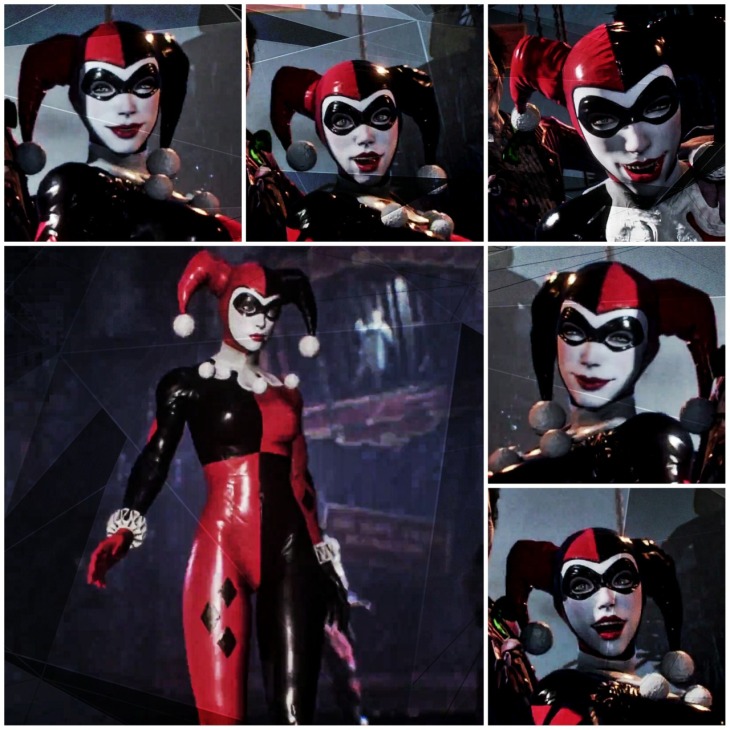 Classic Harley Quinn is Back

It’s nice to see actual Harley Quinn again after several years of DC being terrible. If Rocksteady releases the Batgirl DLC as standalone, I’ll buy this. If you have to buy Arkham Knight to play this, then nope, not happening. I’m not going to buy a game I don’t want to play due to it having not-Harley just to get to the DLC I actually want to play that has actual Harley.

You are correct. I’m a Basic Bitch who buys Marvel. I DID see Wonder Woman’s new costume tho.

Call me a third-wave feminist, but I love the fact that they covered her up. Like, not slut shaming, or arguing that a woman with agency can’t show off as much as she wants…but 1) she is a cartoon character, she doesn’t have agency, she only has what her writers (who are predominantly historically male) give her, what they understand agency to be. and 2) no one says anything about Batman being covered head to toe. Or Superman? Like, a majority of male heroes are covered completely, and no one claims it stifles their sexuality. I really think the uniform she has worn for the majority of her comic book career is deeply impractical, but iconic, and people have never taken to changing it kindly. And they ultimately have kept her in the same basic style with mild updating redesign, keeping it despite impracticality and sexism for the sake of history, iconism, and tradition. I don’t hate hr classic look in any of it’s modern incarnations, but I would be lying if I didn’t roll my eyes as her strapless bodice, and booty shorts.
Her new look still has its sex appeal (with thigh high boots and skin tight) while also giviing her the courtesy of not only pants, but sleeves!
I call this the Captain Marvel update. From Swimsuit to Flightsuit. Its still iconic, clean, recognizable, but with the added bonus of functional.
She is a fighter. a scrapper. She isn’t Emma Frost. She can’t get away with underwear and stripper heels because she is psychic and not a fighter. Diana is supposed to run in there, and break necks with her thighs.

I like the look. I mean, it looks nice, i still recognize her, and I would be able to cosplay this.

IDK if people are complaining (wait, its the internet, of course they are!!!) but I can imagine people are complaining that they covered her up in a slut-shaming over correction, or complaining that they are messing with an “iconic” character (Like that has NEVER happened before!!!) and any number of other complaints looking to complain for the sake of complaining. I have read WW comics. I know her character. This costume looks like something she would honestly pick out to battle in. It doesn’t look try hard or like it has an agenda. It looks like some fancy armor, and some sexy battle clothes. all fantasy with a little practicality and just enough sexy for me to wanna wolfwhistle mentally at her just a little bit.

This is my first time seeing this. It looks pretty cool. The most important part is that it maintains all the core elements of her visual identity: the hair, the tiara, the lasso, the colors, the Ws, the stars.

Which also makes what they’ve done to Harley so annoying to me. Unlike Wonder Woman, Superman, Batman, etc, the “Harley” they have right now has been stripped of everything that visually makes her Harley and made more into a female Joker knockoff. They got rid of her jester hat, her jester boots, the jester mask, the collar, half the time she doesn’t even have her diamonds.

Most of the time, DC’s definition of Harley’s visual identity is “She’s vaguely clown-like because Joker, and her colors are red and black.” And the most annoying part of it is how they only did this, and then proceeded to make this huge marketing push to get people to accept the new look, because they saw interest in her Arkham Asylum costume and decided that meant she shouldn’t even look like Harley Quinn anymore.

I’m seriously waiting until they bring Harley Quinn back to actually having a visual identity that fits her codename before I touch DC Comics stuff. I don’t care about how much cover she does or doesn’t have, I care about the way they represent the character’s identity, and DC doesn’t seem to care at all about that right now.

All of these awesome works of art are by Brandon Peterson, posted to his blog. I’m only posting the ones I personally like most, but he has a lot more on his blog, men and women alike. 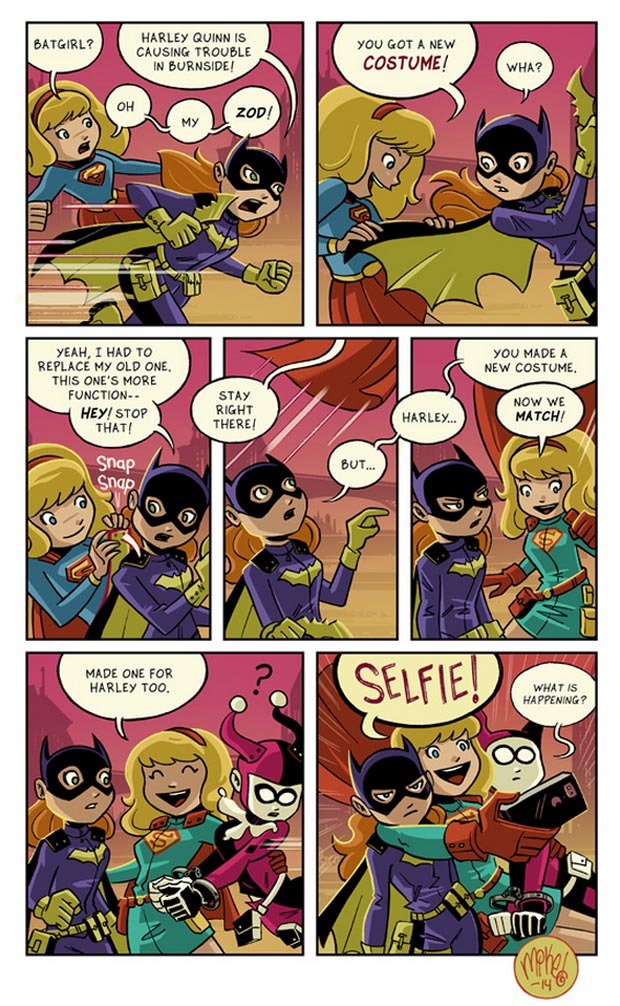 DC Entertainment’s new advertising campaign, “DC YOU,” seeks to promote the New DC Universe (DCU) line of comics while at the same time stressing that they have something for everyone.

Yeah, until I see the real Harley Quinn, I’m going to say “something for everyone my ass.” 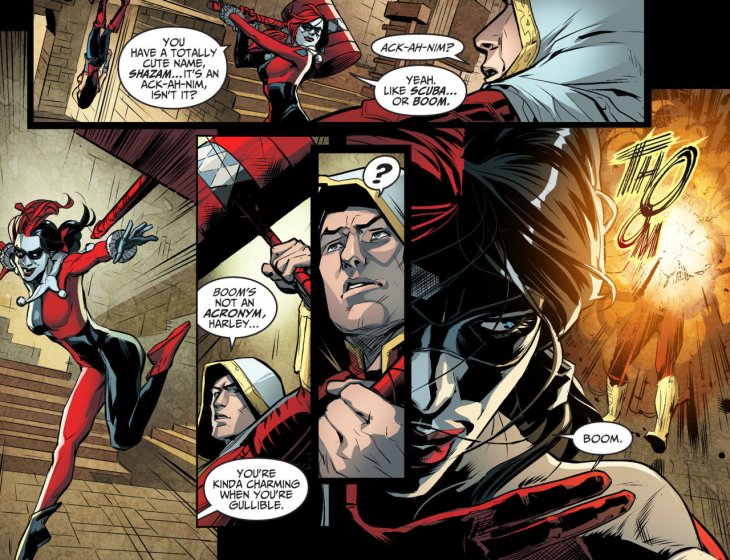 Well, I know this isn’t DC “canon,” but at least I can say this Harley may actually be Harley Quinn or fairly close. She’s got the harlequin theme she’s supposed to have instead of looking like the female Joker knockoff DC’s been trying to turn her into.

Meanwhile, right next to him:

“Haha, I’m Clown Girl, but for some reason everyone’s calling me Harley Quinn! There is absolutely nothing of the harlequin theme I’m supposed to have here, if anything I’m just a female Joker wannabe now, but I’ll still have a name that has nothing to do with what I am because DC sucks.”

And once again, they’ve put Clown Girl into the film and slapped the Harley Quinn name on her instead of actually using Harley Quinn.