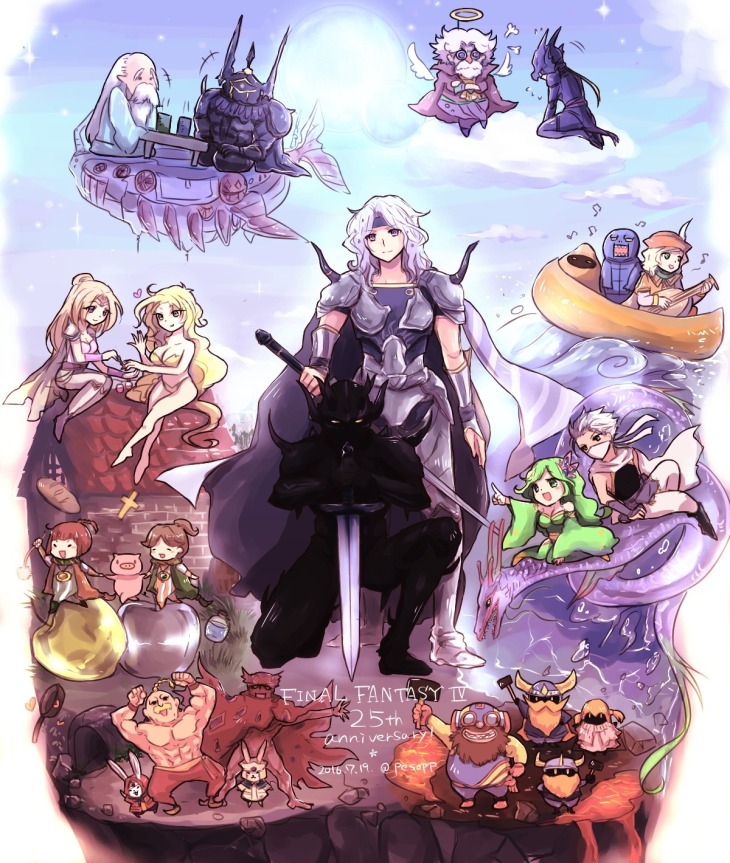 So remember my AU idea for FFIV where Rosa and Edward were combined into one character?

No? Well here’s a sketchy concept of Princess Rosalind Joanna Von Muir of Damcyan anyways – in the style of Amano’s sketchy ffiv artwork

Interesting concept. I always like when random tries imaginative new things like this. It’s a good example of something fandom can do that the official companies can’t shouldn’t do (at least, not unless they’re willing to keep the real character going and only do this sort of stuff as an extra or side thing).