Hero Worship over on CBR pointed out a change in the cover of Magneto #13. 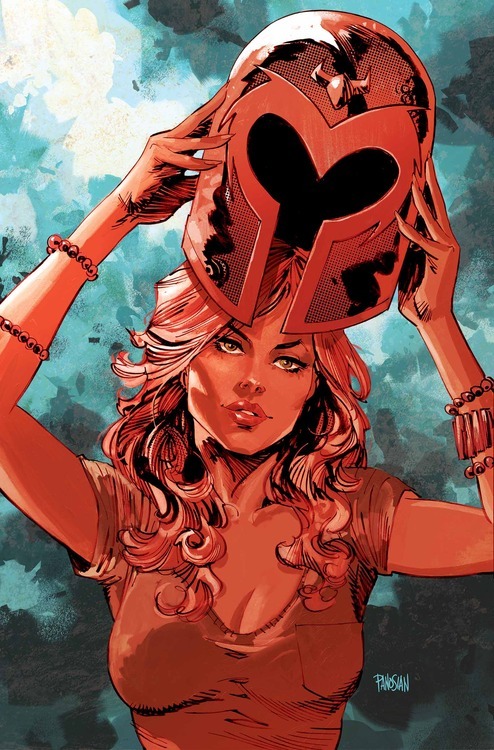 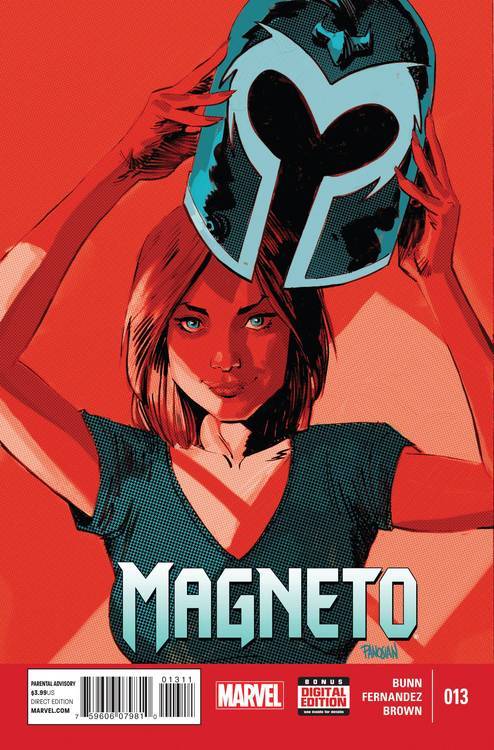 I’ll be honest, I think the character on the cover was always meant to be Briar. However, how drastically they changed the cover makes me highly suspicious now as to the original intent. Original hair was long and curly, new hair is straight and shorter. Original eyes were brown (as far as I can tell), new eyes they went out of their way to make the eyes vibrantly and undeniably blue. Original shirt matched the color tone and had a breast pocket and a bit of cleavage (and a notable boob), new shirt is something between blue and green. Jewelry on the original, no jewelry on the new.

Even though I always thought this was meant to be Briar, the design of the original really made me think of Rogue, from the curly hair to the possibility of two hair tones (part of it looks dark, part light, to me). Some other fans have suggested the original might have been Lorna.

Marvel altering covers and taking them in sudden new directions is something a few fans have been pointing out for a while. Just look at all these variations by Paul Renard for how drastically Uncanny Avengers #25 changed over time; the original cover is at the very bottom. There was speculation by some fans that perhaps the character on the far left was supposed to be Lorna, but as we came closer to the event, Marvel changed poses around and eventually the entire cover as they revealed that one to be Rogue.

There’s a little bit of background I want to mention on the matter of Lorna on covers, and theories of her being on them. Back in 2010, we had this X-Men art put out there during Comic Con.

At the time, Lorna, Alex and Rachel were still out in space. Fans of all three characters really wanted the three to get back to Earth to be part of Earth-based events again. We have this whole collection of characters, and in terms of Lorna, she’s right there next to Apocalypse, the character whose Celestial tech brought back her powers but at the cost of making her Pestilence for a short time. There was a lot of hype about the prospect of the Starjammers returning to Earth and getting a big role in coming events.

… Then shortly after, Marvel claimed this impressive art had no purpose except to look good. It was Comic Con, a time of maximum hype when people are digging for clues to big coming storylines, and Marvel puts out something like this only to say it doesn’t really mean anything.

Since then, there’s been a lot of theory whenever Marvel changes a cover like this that perhaps the story of the issue was going to use a certain character, but editors or execs came by and had the story changed.

One more matter when it comes to Marvel and covers. Here’s the variant cover for Axis #1. 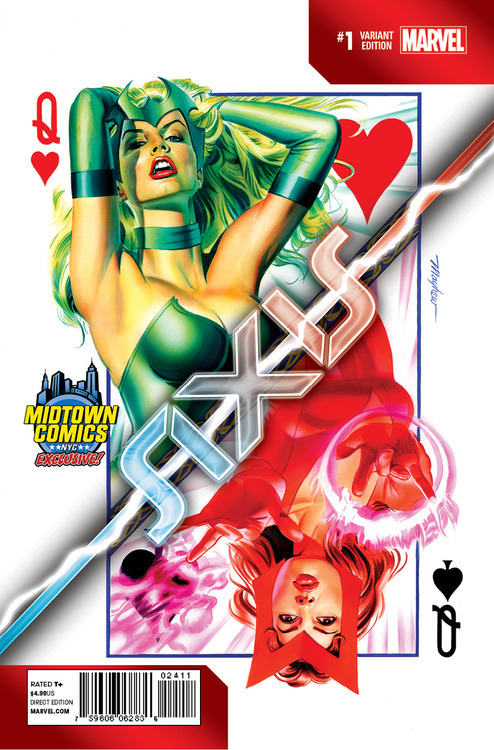 That’s Wanda and Enchantress. Notice how Marvel went out of their way to screw with the colors so that Enchantress looks like she has green hair. This was deliberate. There’s been a huge surge of interest in Lorna and Wanda as sisters over the past few years, and part of that is the visual they present in having green and red as their iconic colors.

Marvel released this variant cover months in advance. While Marvel was busy doing that, there was another cover they did practically everything they could to avoid people seeing it until the last possible second. 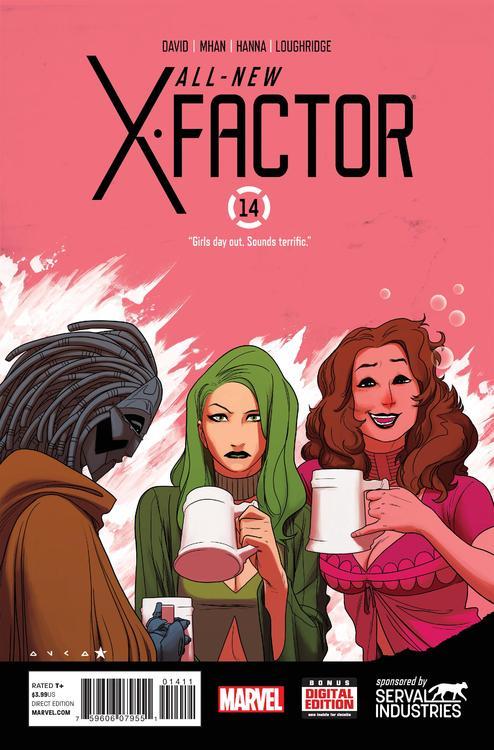 All-New X-Factor #14. The actual comic book that was providing fans with what they wanted to see: Lorna and Wanda spending time together as sisters. Marvel withheld this cover from public view until less than a week before it went on sale, when it was too late for most people to see the cover in time to preorder the issue. It was a double shipping month, with this issue as the second issue that month.

I’ve written a lot here, so I’m going to wrap this up. Analyzing Marvel’s covers and theorizing about what changes to them mean may sound at first like everyone’s making a lot out of nothing. But once you get down to it, you can see that what Marvel does with their covers is a good window into where their thoughts and interests lie.

They change colors, change poses, change features and even change the date of cover releases to coincide with whatever message the business side wants sent. And perhaps, if we had been just the tiniest bit more keen-eyed, we would have realized that Marvel’s dickery over the ANXF #14 cover was an early sign of Marvel’s intent to retcon Wanda and Pietro out of the Magnus family. Why else would they try to diminish the sisterly ties between Lorna and Wanda if they were not afraid of a stronger backlash to the Axis #7 retcon?

View all posts by salarta